DZONE® founder Abbie (pronounced, “Ah-Bee”) has been a force to be reckoned with since he was a kid. Everything he’s set his mind to, he’s accomplished – and then some – and he’s had a ton of fun along the way.

Abbie jumped headfirst into skydiving less than 20 years ago and today is a highly-credentialed pilot, skydiver, rigger, and dropzone franchise owner, and he’s just getting started. Meet the man behind the imperative “Feel the Freedom™,” our tenacious leader Abbie:

Abbie is a first-generation American who was born in Los Angeles to industrious and resilient parents.

His Dad was born in Baghdad and raised in Israel. He joined the army as a young adult and, after fighting in the Six-Day War, traveled through Europe and North America before discovering dream-come-true California.

His mother’s life was equally dramatic. She was raised in Chile during the rise of dictators Allende and Pinochet, and when violence became commonplace, moved to Los Angeles to live with relatives. In short order, their love story began.

We Don’t Give Up

During Abbie’s childhood, his mom worked in an office, and his dad owned a series of small ventures. He was a keen businessman and entrepreneur and, as is often an immigrant’s lot, operated with a no-days-off philosophy … which he applied to Abbie too. Before he could hang with friends, there was inventory to record and a warehouse to clean.

Keeping food on the table meant everyone played a role in the family business – especially after the LA Riots when it was all but decimated. Abbie was a teenager then and so understood the impact if they’d lost everything, and he witnessed the courage and grit required to rebuild from the ashes.

The lesson was as traumatic as it was valuable, and it affirmed the family motto: We don’t give up.

Like his parents, Abbie’s work ethic ran deep. At 14, he combined inherent skills with those acquired at the warehouse to scratch out his own hustle. He built computers, created networks, and implemented complex systems. He was one of those kids who was “too smart for his own good,” and his intelligence drove both his achievements and his rebellion.

Abbie chose travel over college and, once back in Cali, applied his associates in computer science to the dot com boom and scored a job in software development. As was the culture, he worked day and night. There was only one thing that made Abbie quit coding at 5:00 pm every Friday: skydiving.

Aviation appealed to both Abbie and his Dad and they would often pack a thermos of tea and biscuits and watch the planes takeoff from LAX. When he was 12, they drove to Perris for an ultralight lesson and to watch the skydivers. It was this experience that showed Abbie that the seemingly unattainable could be attained. In an instant, it clicked that the extraordinary need not be reserved for once in a lifetime; it could happen every single day.

Ten years later, while playing poker with friends, someone threw in the idea that they all go skydiving. Abbie’s response was an immediate, whole-hearted, YES! He was one of the few who followed through and, unsurprisingly, skipped the first tandem in favor of AFF.

Level I was all it took to be hooked. Abbie drove two hours to Skydive Taft every weekend until he earned his A license … then he got into rigging, scored his B, and his C. Next to catch his eye was BASE jumping. In 2006, he moved to Idaho to be closer to the Perrine Bridge and to the communities of parachutists and Idahoans he’d connected with. Later, he co-founded TandemBASE and Twin Falls BASE.

Life was sweet, but Abbie was still on the ascent. He wanted the full experience, and in 2007 he grabbed it. He bought a plane and established Snake River Skydiving. He earned his private pilot’s license …  followed by his commercial land, commercial seaplane, instrument, multi-engine, and jet type ratings, including the Challenger 600 series.

By the time he was fully up and running, Abbie was able to perform every job on the DZ. In hindsight, he was following another of his father’s lessons: climb the stairs and not the ladder so that a misstep is only a small setback. This notion of building a solid foundation, and in taking calculated risk from time to time, was – and continues to be – instrumental in Abbie’s entrepreneurial journey.

Whether he’s in the cockpit, in freefall or under canopy, Abbie loves to fly. Even after earning over 2,200 jumps and 3,500 pilot hours, the technical aspect of flight is still intriguing, and the opportunity to be present (keeping his hyper-stimulated brain on a single task) is cathartic and crazy fun.

His drive is unending and his accomplishments are varied, numerous and impressive. Here’s a sampling: he’s been on the big screen and behind the scenes; survived both a balloon and a plane crash; accepted the US Navy’s invitation to visit a nuclear powered aircraft carrier; served as a liaison for the Golden Knights; participated in a 30-way for Joe Kittinger’s 50-year anniversary; was a member of the Twin Falls Airport Advisory Board; and is a part-time pilot with Delta Private Jets.

And Abbie, who is only in his 40s, has a whole lot left up his sleeve. 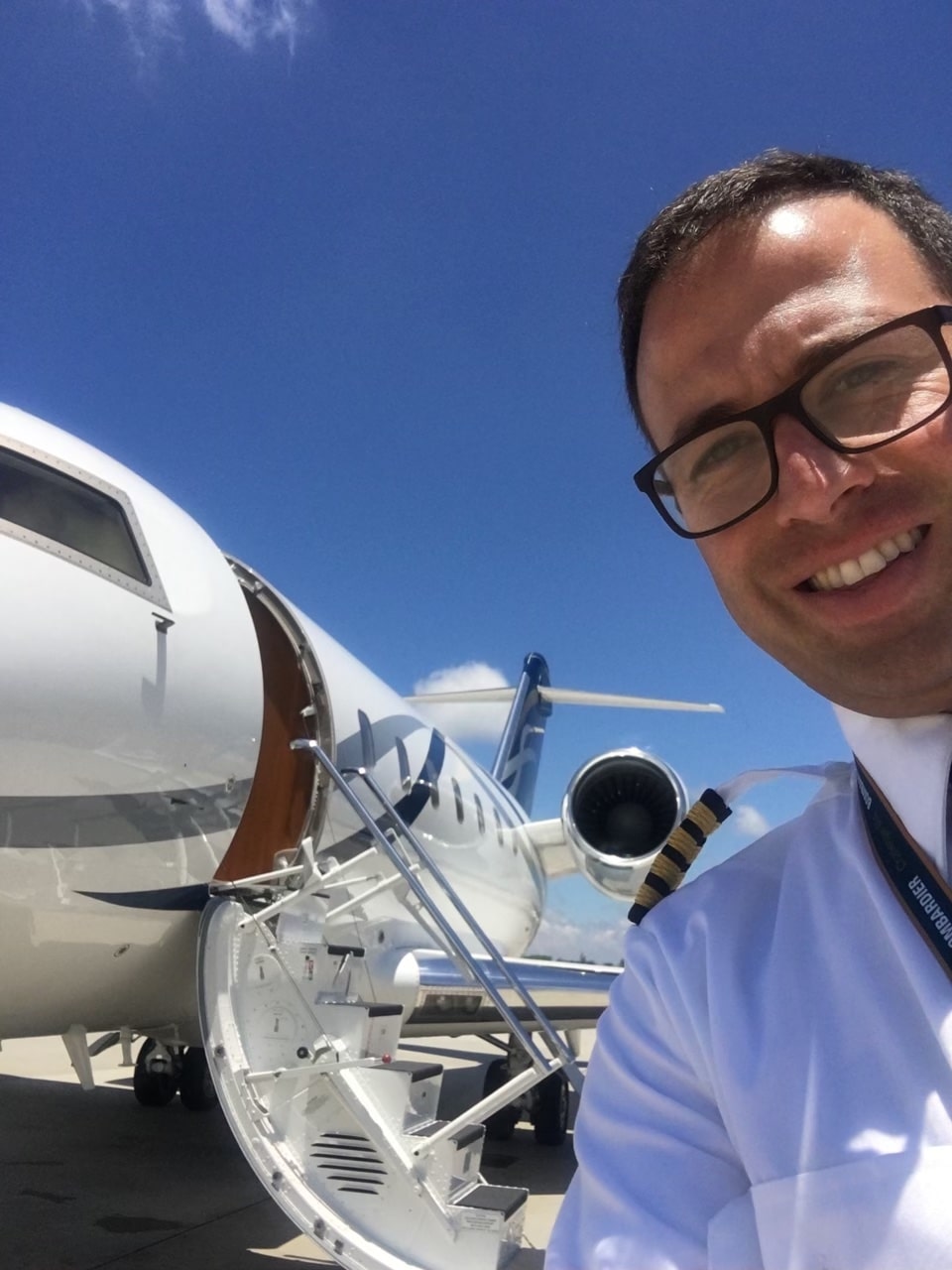 Abbie is full of paradoxes. He lives a life of risk and, yet, considers himself risk-averse. He values freedom but can thrive in a prescribed environment. His justification? The pursuit of awesomeness.

Abbie’s goal is not to be the best, but to be part of something awesome. Standards of excellence are important (and his are sky high), but if the bar is set low then the achievement means nothing. For him, time is the most precious commodity and money represents stores of our energy. Abbie wants only to spend both wisely so that he, like his parents, can leave a legacy he will be proud of.

Ready to Feel The Freedom™?